You've battled your way through multiple pet dungeons, against a wide variety of foes, and you've been victorious. However, in the beginning of your journey you couldn't help but notice there was something not quite right with the enemy pets, as though they'd somehow been changed. Then, your suspicions were confirmed in Gnomeregan, as you encountered sinister figures cloaked in shadows. Now you've cornered them in Blackrock Depths, and you'll finally get to see what these fiendish villains have been plotting...and building.

Welcome to the new pet dungeon: Blackrock Depths! This is a 9-stage pet dungeon, and there doesn’t seem to be much walking inside this one. Rejoice!

That said, if you’d like to try your hand at this, you’ll need to find Radek Fuselock (Horde) or Tizzy Gearjolt (Alliance) to pick up the breadcrumb quest: Shadowy Showdown 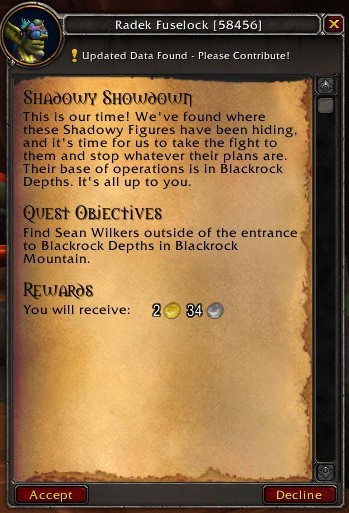 Once you’ve picked it up, you’ll need to head over to Blackrock Mountain.
It can be accessed from either Searing Gorge or Burning Steppes. Once inside, find the chain that connects downward toward the lava, and has two doorways.

Take the doorway without the elf, and cut left toward the Grinding Quarry. Once inside, your map changes, and you should be able to see the entrance to Blackrock Depths. 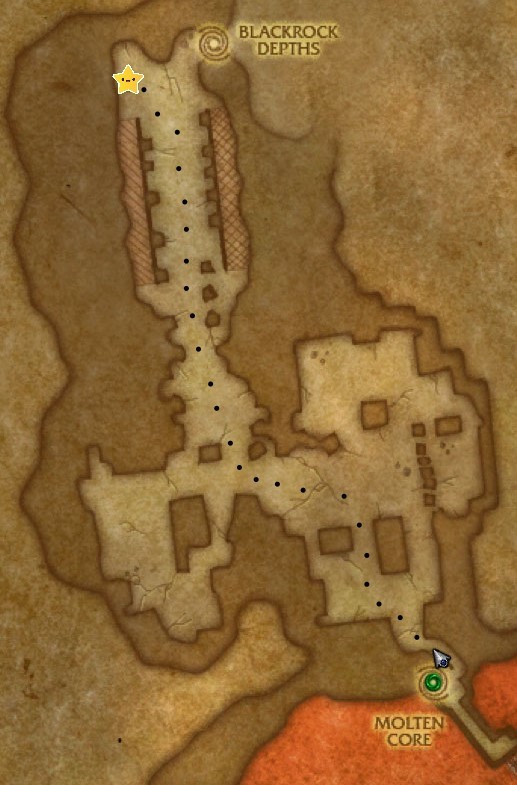 The NPC you’re meeting—Burt Macklin—is just before the entrance to the BRD dungeon, and to the left. His text reads:

“My superior investigation techniques have followed these shadowy figures just inside. Another massive case solved, just days before I retire. Checkmate, bad guys.”

When you hand in Shadowy Showdown, he says; “These Shadowy Figures have been an annoyance for too long now. Get in there, and stop them.”

You then need to accept the quest: Shadows of Blackrock. Once you accept, head on in!