On October 7th, Blizzard announced patch 8.3, the latest content update to Battle for Azeroth. Not only will we be battling an Old God, but we’ll also find out what those Shadowy Figures lurking in our pet dungeons have been up to!

When players logged into the PTR on the 7th, we were greeted with two new pet battle achievements: 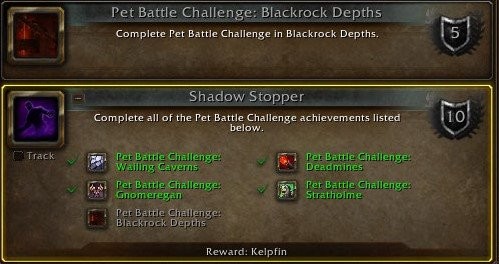 At the moment, we don’t know what pets will be rewarded for these achievements. And don’t worry, Kelpfin is likely just a placeholder pet until they add the achievement pets in a later PTR build.

Our Blackrock Depths vendor has also been added, Burt Macklyn, as well as our currency for the newest dungeon, Shadowy Gem. He isn’t showing what pets he’ll have for sale with the currency, but he does have an Unopened Blackrock Supply Crate for purchase. 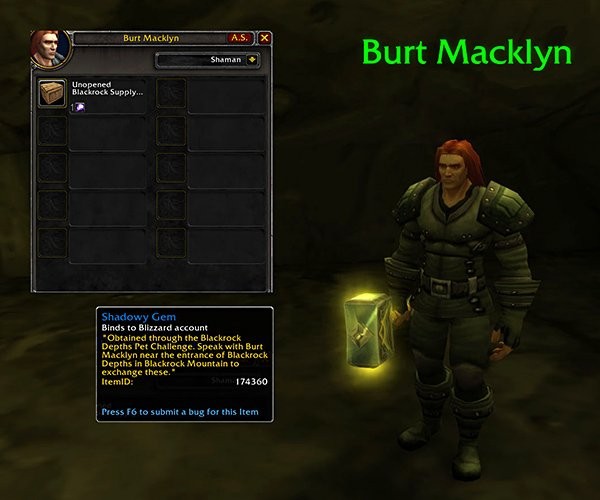 Blackrock Depths will be a 9 stage pet dungeon, and the Shadowy Figures have finally revealed their faces and sinister intentions. As we battle our way through the dungeon, will we stop them in time before they wreak mayhem with whatever they have planned?

The Shadow Stopper achievement indicates that this may be the end of the Shadowy Figure storyline we’ve been following, and it leaves most of us wondering: Where will Blizzard take pet battles from here?

Even though we haven’t been shown what pets will be rewarded for the achievements or the dungeon, two new dropped pets have been added to the pet journal: Void-Scarred Toad & Void-Scarred Pup.

For those of you brave enough to venture into the Horrific Visions inflicted by N’Zoth on the denizens and cities of Azeroth, you might encounter these void corrupted pets. Currently, they show as being dropped in Vision of N’Zoth – Orgrimmar. 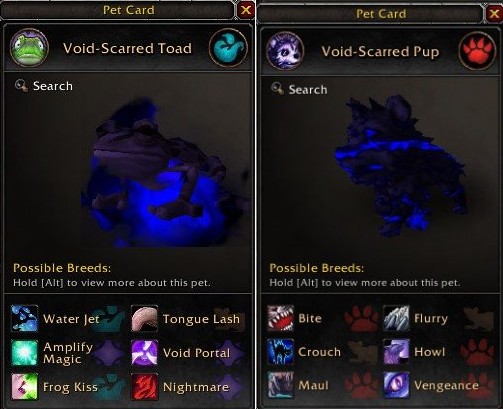 Last, but certainly not least, the World of Warcraft 15th anniversary pet was also added onto the PTR. 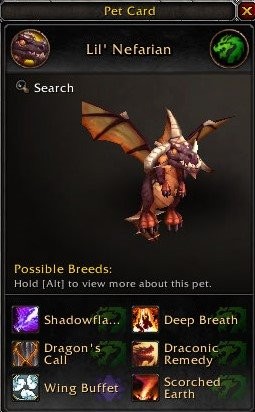 This adorable new dragonkin pet has also been given a unique ability: Dragon’s Call 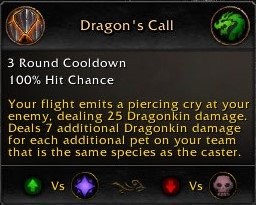 It appears that Blizzard has snuck in some kind of hotfix on the drop of this pet, so you should be seeing this lovely butterfly on your Auction Houses, or hopefully in your loot of the Fresh Jelly from the Stormsong events!

The wave number doesn’t seem to matter, as it’s been seen from both low and high wave events. Some people who have received the pet have also reported they did not use the Butterfly Net from Barry, and/or did not have Exalted with the Hive. No word yet on whether or not the Net will increase your drop chances.

Whatever change Blizzard has made, it looks like pet enthusiasts who have already gotten their mounts will need to hike—or buzz—back out to Stormsong and run some events.

This elusive cat is still proving troublesome for the Secret Finder community. They’ve successfully discovered a couple of steps in the quest chain, but they’ve found even more perplexing clues that have left them stumped.

Here’s a link to their site, and what they’ve discovered so far:

If you’d like to try your hand at the Jenafur secret and help out, you can join their Discord.

Just make sure you thoroughly read the Pins in the Jenafur channel!


Well, that’s all for now. We’ll keep you updated on all the latest patch 8.3 information as it becomes available, so until then: Happy Battling!


Burt Macklyn screenshot thanks to Lazey